Is Australia putting all its economic eggs in the China basket?

Posted November 21, 2019 05:59:55 The Australian economy is in a strange and paradoxical place. Key points:The growth of China has helped prop up Australia's struggling economyNumerous Australian companies are exporting their technology and innovation to the worldMany are calling on the government to help stimulate the economy, rather than relying on RBA rate cuts…


The Australian economy is in a strange and paradoxical place.

For a country accustomed to the thrills and spills of booms and busts — of rollicking mining and property booms followed by recessions we have to have — to be muddling along with neither boom nor bust feels weird, and more than a bit depressing.

In many ways, it is a classic example of a lazy Western country going nowhere: weak economic growth, low productivity, an impotent central bank flogging the dead horse of monetary policy and a government out of reform ideas.

We have about the highest household debt in the world, and the economic growth that exists is entirely due to a massive immigration program that is straining the national infrastructure to breaking point and helping to make housing unaffordable.

What’s more the Harvard Atlas of Economic Complexity recently gave us the ultimate insult, putting Australia at 93rd in terms of economic complexity — below Senegal and just above Pakistan. Oh, the shame!

But there is a paradox: if you lift your head up from the statistics and get out and talk to people, as I do most days, you learn that there is a tremendous amount going on.

Innovation and risk-taking abounds, and businesses and industries that are supplying China are not only booming in most cases, they are optimistic, and they are investing.

The miners are not just dumb quarries anymore; they have become high-tech operations that are almost entirely automated, and leading the world in mining automation.

And the daigou-focused food export industry led by companies like Bubs is not a flash in the pan.

Likewise, tertiary education and tourism are also booming on the back of Chinese demand.

There is a good argument that this means we are putting all our eggs in one potentially troublesome basket, especially with the tensions between China and the US, which are not just about superficial issues but are deeply rooted ideological differences.

But there is also another cliche that equally applies: make hay while the sun is shining.

China is not only growing rapidly, it is becoming rich.

The Singles Day on November 11 has become the world biggest shopping event — this year it totalled US$38.6 billion, or A$56 billion; China recently overtook the US in the number of millionaires.

And Australia is ideally placed to take advantage of China’s march towards prosperity, and march with it.

It’s not just about China.

We also highlighted two technological businesses that are exporting to the world: Medical Developments Australia and its “green whistle” analgesic for ambulances, and the manufacturer of carbon fibre parts for aerospace, Quicksilver.

There are many more, including the nation’s second-largest company, CSL, as well as Cochlear and Resmed, and the largest private company, Visy, a high-tech global waste business.

Virtually every day I speak to an Australian company that is trying to take some invention or other to world — not always successfully, it’s true, but it’s not for want of trying.

And meanwhile the property market is taking off again, at least in Sydney and Melbourne, after a rest of barely three years.

It wasn’t really a bust, so not a repeat of Australia’s normal boom/bust cycle, but it definitely seems to be booming again.

The question before the house is whether all of the manifest positives that can be seen and touched — the invention and ambition, the romping real estate market, the assiduous cultivation of the Chinese market, the global marketing efforts — will outweigh the negatives lurking in the statistics and that we can also see around us everyday.

And as we’ve shown in the 7.30 series, when an average is low, as the GDP and income growth are, then some numbers must be very low indeed — below zero, in fact.

And we’re not talking numbers here, but people.

Who is bearing the cost?

When an economy is muddling along, as ours is now, a lot of people miss out, especially when inequality is getting worse, as it is now, and a lot of the economic gains are being captured by those at the top of the pile.

Last week we learnt that employment fell for the first time in three years, and that both unemployment and underemployment went up; the slowing economy is not only resisting all efforts of the Reserve Bank to spark it up, it’s now dragging on employment.

To achieve even this muddling speed for the Australian economic locomotive, the black-faced stokers in the RBA engine-room are having to throw more fuel into the furnace than they ever have before.

Interest rates are at a record low after 16 consecutive rate cuts, which has encouraged record levels of debt, and the market is predicting at least one more, and maybe two more, rate cuts.

They’re even starting to mumble about using the American and European invention called quantitative easing, which involves printing money, or rather creating it with the click of a mouse, and buying securities from banks to give them cash to lend.

And all concerned are calling for fiscal policy to do some work and take the pressure off monetary policy — that is, for the Federal Government to stop squeezing the budget in the race to surplus, but to ease it off, even just a bit, but preferably a lot.

So far, no dice on that, but there’s not much doubt that the Government will have to join the stimulus effort before too long, lest Treasurer Josh Frydenberg be justly portrayed as the Christmas Grinch. 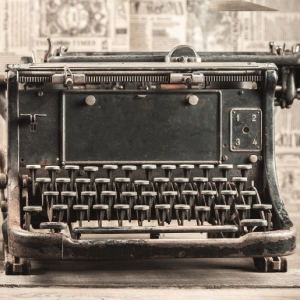 How to take advantage of the surging gold price

No spam, notifications only about new products, updates.


Warning: in_array() expects parameter 2 to be array, bool given in /home/customer/www/terrysnews.com/public_html/wp-content/plugins/elementor-pro/modules/nav-menu/widgets/nav-menu.php on line 1142
Menu
PrevPreviousThe four excuses why it’s easier to book a flight than a hospital stay
NextThis Sydney street stays cooler than others during a heatwave — here’s whyNext
On Key

How to take advantage of the surging gold price

There is a very real possibility of a second stock market crash in 2020. Risks such as the upcoming US election, Brexit and,...
Read more

The past success of investors such as Warren Buffett means that they can offer worthwhile views on where to invest today in what...
Read more

On Friday, the Western Areas Ltd (ASX: WSA) share price fell 5.2% to $2.53 following the release of its quarterly activities report. What...
Read more

There is a very real possibility of a second stock market crash in 2020. Risks such as the upcoming US election, Brexit and,...
Read more

The past success of investors such as Warren Buffett means that they can offer worthwhile views on where to invest today in what...
Read more

On Friday, the Western Areas Ltd (ASX: WSA) share price fell 5.2% to $2.53 following the release of its quarterly activities report. What...
Read more

Newspaper is your news, entertainment, music fashion website. We provide you with the latest breaking news and videos straight from the entertainment industry.